Cutting, bleaching and dying my own hair

The Love Letters by Chris Massie. Lusty Wind for Carolina by Inglis Fletcher. Man in the Shower by Peter Arno. McGraw of the Giants by Frank Graham. Men of Maryknoll by James Keller. Papa Was a Preacher by Alyene Porter. Pastoral by Nevil Shute. People on our side by Edgar Snow. Persons and places by George Santayana. Presidential Agent by Upton Sinclair.

Ranger Mosby by Virgil Carrington Jones. The Razor's Edge by W. The red cock crows by Frances Gaither. Ride with Me by Thomas B. Rivers of the Eastern Shore by Hulbert Footner. Royal Street; a novel of old New Orleans. Adolphe Roberts. Samuel Johnson by Joseph Wood Krutch. Say I to myself; the artistry of self-management by Phillips Endicott Osgood. Shark's fins and millet by Ilona Ralf Sues. Shore Leave by Frederic Wakeman. The Signpost by E. Arnot Robertson. Silly girl, a portrait of personal remembrance by Angna Enters.

Such Interesting People by Robert J. Suds in Your Eye [play] by Jack Kirkland. Sun in their eyes : a novel of Texas in by Monte Barrett. Taps for Private Tussie by Jesse Stuart. Target : Germany : the U. Ten years in Japan: A contemporary record drawn from the diaries and private and official papers of Joseph G. These are the times, a novel by Clare Jaynes. This created world by Theodore Parker Ferris.

The Time for Decision by Sumner Welles. Time must have a stop by Aldous Huxley. A Treasury of American Folklore by B. Try and Stop Me by Bennett Cerf.


Unfinished Business by Stephen Bonsal. Victoria Grandolet by Henry Bellamann. A Walk in the Sun by Harry Brown. Watching the World by Raymond Clapper.

The Weeping Wood by Vicki Baum. Wingate's Raiders by Charles James Rolo. Winter Wheat by Mildred Walker. Yankee from Olympus by Catherine Drinker Bowen. You're only human once by Grace Moore. Your Kids and Mine by Joe E. Woollcott, his life and his world by Samuel Hopkins Adams. Against These Three by Stuart Cloete.

American Guerrilla in the Philippines by Ira Wolfert. The Anatomy of Peace by Emery Reves. Apartment in Athens by Glenway Wescott. The Ballad and the Source by Rosamond Lehmann. Battle below; the war of the submarines by Robert J. The best is yet by Morris L. Black Boy by Richard Wright. The Black Rose by Thomas B. The Blue Danube by Ludwig Bemelmans. The Brick Foxhole by Richard Brooks. Buffalo Coat by Carol Ryrie Brink. Captain from Castile by Samuel Shellabarger. Cass Timberlane by Sinclair Lewis. Combustion on Wheels by David L. 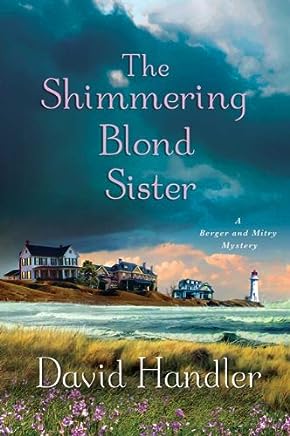 Dragon Harvest by Upton Sinclair. Dwight D. Eisenhower: Soldier of Democracy by Kenneth S. Ever After by Elswyth Thane. Norris by George W. Flight to Everywhere by Ivan Dmitri. Freedom is more than a word by Marshall Field.

The Gashouse gang and a couple of other guys by J. Roy Stockton. The Gauntlet by James H.